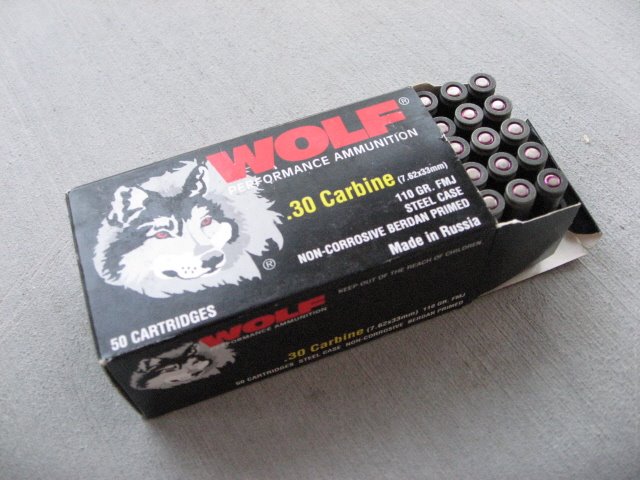 Wolf Brand Ammunition is made in Russian by The Tula Cartridge Works. It is heavily imported ammunition that sells for less than most other brands. They also use steel cases and berdan primers to keep prices down.

It is loved by many, hated by others. Fans of Wolf claim that they can shoot much more for less, a valid argument, to a degree.

It is extra dirty and smells bad but that doesn’t really bother me. I can deal with those things if I can get performance.

Wolf is a lousy choice for defensive purposes as the bullet will likely not fragment in .223 (the jacket is too thick and/or hard) and it is notoriously underpowered and inconsistent.

It’s 7.62×39 FMJ is exceptionally INACCURATE as well. I prefer the SP’s, but if the HP’s work fine in your weapon try those too, as they are more accurate than the FMJ.

Most of my issues tend to be centered around the primers. I get many blown primers and hard primers in Wolf (no matter the caliber or weapon). Even among steel cased offerings, I prefer something else besides Wolf if I can find it. I have had much better luck with Golden/Silver/Brown Bear and Barnaul.

Recently I ran 40 rounds of Wolf through my SKS. Had a hard primer and when I went to clean it, found out one of the primers had broken off and basically encapsulated the firing pin and the hole through which it pokes through to hit the primer on the bolt face. I tried to get it off of the bolt face but it wouldn’t budge with a finger nail so I assembled the weapon and dry fired it to pop it off of there. Back to normal again.

Never had that kind of thing happen with any of the other types of ammo I have shot in any of my guns. However, this wouldn’t be the first similar type of instance with Wolf.

I usually get some kind of primer issue with Wolf when I have issues… in a variety of weapons and calibers.

As a general rule, I try to avoid steel cased ammo, except for range use with a few guns like AK, SKS, Makarov, etc… Steel cased ammo is more prone to getting stuck in your chamber than with brass.

I also try to avoid Wolf if there are other options, as there usually is. They just have bad QC in my experience. It’s last resort ammo for me.

There are exceptions. Much of their Brass made ammo (Usually marketed under the name “Wolf Gold”) is actually made by Prvi Partizan, not Tula. It is very good ammo.