Why are AR-15s used in so many mass shootings? 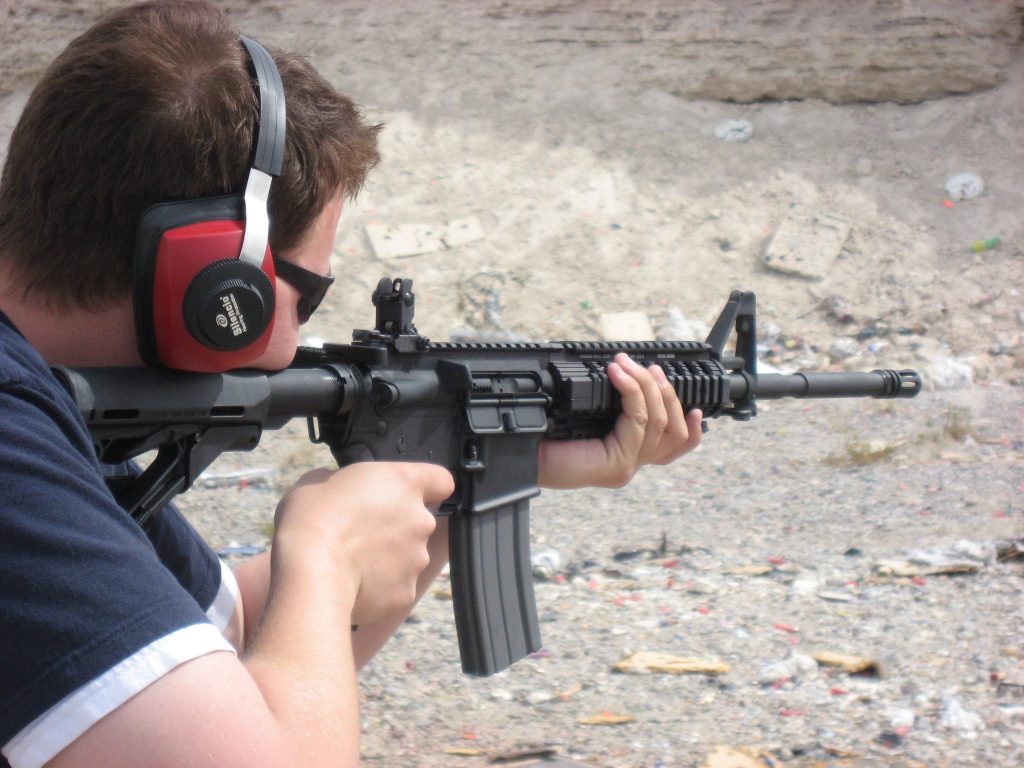 AR-15 style rifles have been used in some of the deadliest mass shootings in recent history, including the Sandy Hook Elementary School shooting and reportedly at the more recent incident at Robb Elementary on May 24th, 2022.

AR-15s are often referred to as “assault rifles,” but that term is a misnomer. AR does not stand for “assault rifle”, as many people falsely believe. It stands for ArmaLite Rifle, named after the company that developed the AR-15 in the 1950s.

AR-15s are not fully automatic weapons, which means they don’t fire continuously when the trigger is pulled. You have to pull the trigger each time to fire another round. That is the primary difference between what would otherwise make them an “assault rifle”, which can fire more than one round with the pull of a trigger.

They are generally chambered in the 5.56x45mm NATO cartridge developed by the US military for their M16/M4 rifles.

Why are AR-15’s used in mass shootings?

That’s a good question – Why are AR-15s used in so many mass shootings?

It certainly appears they are, from the way the media portrays them. Additionally, they have been used in many high profile mass murders. However, the truth is that they aren’t used as often as you probably believe. Most mass murders, and most murders in general happen with handguns, not rifles.

Rifles are used so infrequently in fact that you are more likely to be murdered by someone with their hands and feet than ANY type of rifle. The same can be said of blunt objects, such as hammers or bats.

With that said, there is a higher percentage of mass murders with rifles compared to the normal amount in a given year. From 1998-2019, 28% of mass shootings included a rifle of some sort. Though most of those incidents also included the use of a handgun as well and they aren’t specific to AR-15’s either.

Why are there so many school shootings?

This is a common question. Everyone in the US is sickened by these events, and they are unacceptable and despicable crimes. However, school shootings are also likely not nearly as common as you might believe.

In fact, since Columbine in 1999 and including the most recent attack in Uvalde, Texas, only 169 people have been killed in school shootings.

Each life lost is tragic. However, to put things in perspective, in 2019 alone, 2,400 teens were killed in traffic accidents. The amount of worry and anger over school shootings is disproportionally high when compared to the actual risk.

Part of the reason for this is that these attacks are so highly covered by the news. It’s natural for people to be more interested and concerned about something that is happening (seemingly) frequently and getting a lot of press, even if it isn’t as common as other risks.

Our kids are not nearly at the level of risk that the media or politicians might portray. School shootings are tragic, but they are not an epidemic or a national emergency.

What makes the AR-15 so popular in America?

There are a few reasons. One, they’re fun to shoot. They’re also relatively inexpensive and customizable. AR-15s can be fitted with all sorts of accessories, like scopes and different types of grips. You can make them look however you want.

Another reason is that they’re lightweight and easy to carry. They’re not as bulky as some other types of rifles, which makes them a good choice for people who want to be able to shoot quickly and accurately.

The AR-15 is a popular choice for home defense. They are also popular because they are very similar in look to the military’s M4 and M16.

However, the biggest reason they are probably so popular is because in 1994, Congress passed the “Assault Weapons Ban” (also known as the AWB). It barely passed by a vote of 51-50 in the Senate with Al Gore casting the tie breaking vote.

In order to get the votes to pass it in Congress, a clause was added that would make the AWB sunset, or expire in 10 years. It was assumed that in 2004, Congress would renew the AWB, but they didn’t.

Since that time, interest in and ownership of the AR-15 has skyrocketed. It is estimated that there are over 20 million AR-15’s in the hands of US citizens today.

Much of that interest is due to the fact that an AWB was once in place. It is human nature to want what you cannot have, and people want to have one in case another AWB were to be passed in Congress again.

Anger over AR-15’s and mass shootings

The amount of anger that people have over these incidents is understandable in many ways. I was sickened by the news myself and I know many other people are as well.

A therapist I know suggested to me that we are all experiencing second hand trauma from the news coverage. This mild form of PTSD is making many people so emotionally unable to cope with the reality of this situation that they are saying some pretty crazy things.

Politicians know that they should “never let a crisis go to waste”, so they are going to capitalize on American emotions to push for more gun control. They will not speak about the facts or use logic for these restrictions.

They are counting on the emotional response and irrational thinking of the typical person who has little knowledge on the issues.

The reason is simple. Every time a mass shooting takes place, there is a cry for more gun control. When it fails, they cry for more.

When Columbine took place in 1999, we were in the midst of the AWB, and the killers had used pistol calibers and shotguns (and tried using bombs that failed to go off as well). President Clinton tried limiting handgun purchases to one per month after that incident.

The fact that politicians and others obsess over the AR-15 so much proves their insincerity – or – ignorance on the issue.

Summary – Why are AR-15s used in so many mass shootings?

While they have been used in many high profile mass shootings, AR-15s and all types of rifles are not used as often as you would think in murders or mass shootings.

However, ownership of them is increasing in recent years by a large margin. Clearly, the AWB backfired and had the opposite effect on ownership of AR-15s and AR-15 type rifles.