What is a Battle Rifle 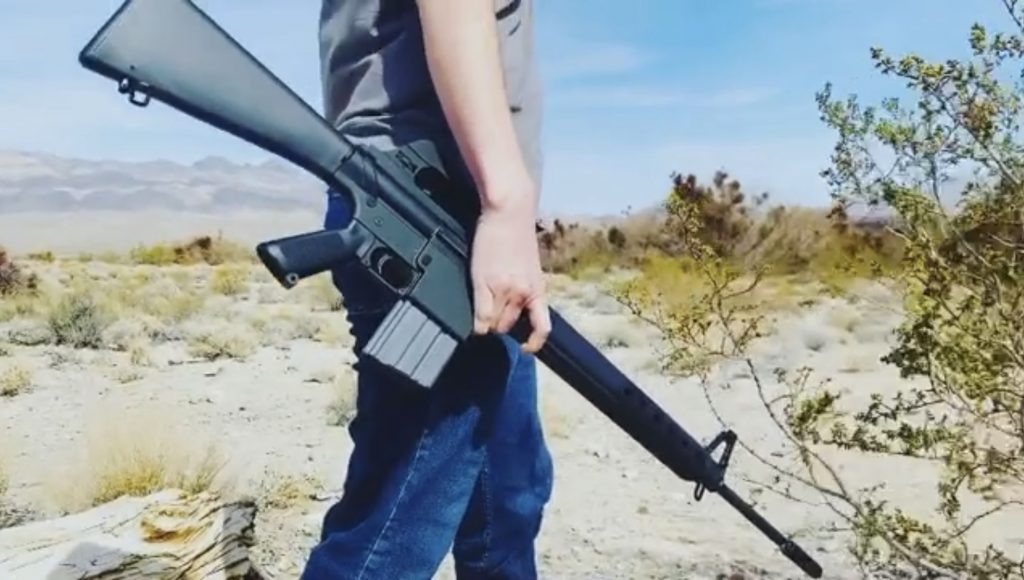 Battle rifles were the next step in evolution after vintage bolt action rifles of the late 19th and early 20th century. They can be select fire or semi-automatic, and they tend to have a detachable box magazine. However, there are exceptions to this, such as the M1 Garand.

Battle rifles are designed for use in combat, and they were typically used by military forces around the world. The main advantage of battle rifles is that they have more power than intermediate cartridges, making them more effective at long range. They are also able to penetrate cover more effectively.

However, battle rifles are also heavier and more difficult to control in full-auto. As a result, they are typically used in semi-automatic for greater accuracy.

Battle rifles remain an essential part of many militaries’ arsenals, and they continue to be used in conflicts around the world.

What are some of the most common battle rifles in the world?

There have been many great battle rifles that have come along over the years. They include, but are not limited to:

As you can see, there are many different types of battle rifles out there. They come in all shapes and sizes and are chambered in a variety of cartridges.

Why did militaries transition away from battle rifles?

There are a few reasons for the transition away from battle rifles. Here’s some of those reasons:

With all of these factors in mind, it was determined that a smaller cartridge might be better suited for troops. An intermediate cartridge would give you the ability to:

This was a drastic change from the older military doctrine which placed an emphasis on long range shooting and long range accuracy.

To that point, it is worth mentioning that rifles that were made before and even well into the 20th century had adjustable iron sights that were meant for shooting out to 1,000 yards or more. So, it was a big change in mindset for many militaries.

Before the US found a replacement for the 30-06, the British had been working on a smaller experimental cartridge. It was known as the .280 British. It was rejected by the US in favor of the 7.62×51 NATO, when they chose the M-14.

So, when the United States abruptly changed over to the 5.56 NATO, you can imagine how our allies might have been frustrated with us.

It wasn’t just the US though, many countries had transitioned to smaller cartridges. The Soviet Union went from the big and powerful 7.62x54R round to the smaller and easier to control 7.62×39 in 1945.

Transition back to battle rifles?

The transition away from battle rifles gave birth to the intermediate cartridges we know today such as 5.56, 5.45, 7.62×39, and others. This new class of weapons is often referred to as battle carbines.

While the battle rifle might’ve seemed to be on its way out, it is still used by many militaries around the world. They are incredibly powerful and offer a lot of advantages at long range.

In fact, in classic military style, we are often making equipment to fight our last battle. The US military has recently adopted a new battle rifle, the XM5. It is chambered in .277 Fury (6.8×51mm Common). This round puts out a ton of energy, and it is unlike any commonly used military cartridge.

This ammunition uses a hybrid steel/brass case. Since the weakest part of a cartridge is the case head, that part of the case is made of steel. In order to retain reliability, the remainder of the case is brass.

It doesn’t come without a cost though. The rifle has a lot of recoil and the ammunition is expensive to produce.

The purpose behind the development of this rifle and cartridge appears to be to compensate for how things went in Afghanistan. We were often fighting the enemy from longer distances in that war. So, we are trying to compensate by creating a more powerful long range option.

This reminds me of the old adage that “we are always training and making equipment to fight our last war.”

Could it be, that whatever we are fielding, the enemy will look for ways to fight us that benefit them? Also, could it be that some battlefields are simply better suited for long range engagements and others, for shorter?

Battle rifles have a lot of advantages and have been used effectively for many decades around the world. They are probably going to be around for a whole lot longer too.

What do you think about the battle rifle? Do you prefer it for you personally?

Also, do you think the military should be using a battle rifle as it’s main service weapon?

Let us know in the comments below.