What gun should I purchase for home defense? 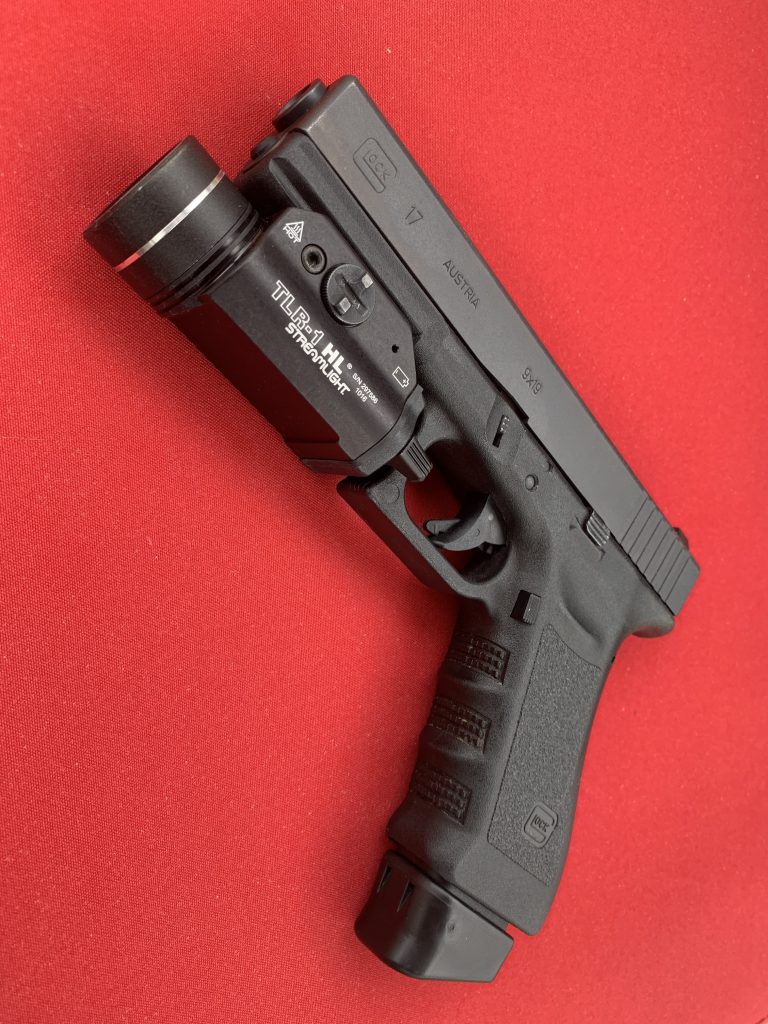 What gun should I purchase for home defense?

If you’re new to firearms, or just starting to look at getting one for home defense, it can be daunting. People who are unfamiliar with firearms have a level of trepidation regarding them. That is understandable.

In some sense, your fears are very valid. Guns should be treated with respect. However, we often fear the unknown. Once we understand firearms and have a basic level of training and familiarity, we can begin to treat them more like a tool.

Commit to training and safety

Before you even get started, I would ask you to commit to training with your firearm. Get some help from instructors or people you know. However, be careful when taking instruction from friends. If they are not strict observers of the 4 basic rules of firearm safety, don’t go shooting with them!

Once you have the basics of safety down, try and get to the range regularly. This is part of being a responsible gun owner. If you ever need to use a gun, you want to be proficient with it. In addition to going to the range, you can improve your proficiency by dry firing and by learning to shoot from instructors online.

There are a whole host of good YouTube channels that have great information for shooters including Mrgunsngear, Military Arms Channel, and others.

Buy a handgun over a rifle

This is my opinion, but a full size handgun in 9mm is the best defensive weapon for your home if you can only own one. Rifles and shotguns are too long and difficult to use indoors. In fact, you can easily be disarmed with a long gun in close quarters.

Because they are small, you can walk around your home with a handgun discreetly much easier. You don’t want to lose the element of surprise. Additionally, you don’t want to draw unnecessary attention to yourself.

Calibers such as .40, .45ACP, could be considered though they are generally better for more advanced shooters due to the increased recoil. However, even experienced shooters will have slower follow up shots with those calibers. They also have a lower capacity than 9mm’s. I don’t believe they offer an advantage over the 9mm.

.380 could be considered in certain circumstances since it generally offers lower recoil than a 9mm. That isn’t always the case, but if you are especially recoil sensitive, it should be a consideration. I wouldn’t recommend any calibers lower than that unless recoil sensitivity demanded it. That would be a rare exception.

The firearm should be a semi auto and not a revolver. Revolvers often get recommended to new shooters. The reasons are often because they are simple to operate, do not have a slide to rack, and rarely break or malfunction.

Additionally, revolvers generally have more recoil, and they are painfully slow to load. They are also very low capacity. None of those features appeal to me in light of the fact that modern day semi autos are exceptionally reliable.

If hand strength to rack the slide is an issue, there are semi autos such as the S&W .380 Shield EZ 2.0 that make this a non-issue.

Most gunfights take place in low lighting. For that reason, defensive weapons should have night sights and a weapon light, in my opinion.

Handguns do not always come with night sights, so that is something I would look into. Some models include them and others do not. It is usually cheaper to buy a handgun with night sights than to buy night sights and add them. It also takes away the need for doing that work, buying the tools to install them, or paying a gunsmith to do it for you.

Most modern day handguns are coming with or have options for a rail. This is great for mounting weapon lights. There are multiple benefits of having a light on your firearm. First, and most importantly, identifying your target!

Secondly, a bright light in the eyes of your attacker will work to your advantage since it will likely impair their vision. Especially if there eyes were adjusted for darkness at that moment.

Which models to look at

If you are buying a handgun strictly for home defense, get the largest gun you can comfortably shoot. A few good examples of this type of gun include:

The list could go on for quite a bit, but these guns are in 9mm and have a magazine capacity between 13-17 for the most part. It would be wise to try some of these different types of handguns out. Many guns have a different “feel” to them and people like and shoot better with various guns depending on their personal preferences.

If you are planning on carrying concealed and only want one gun to do both, you may want to look at some smaller options. You might lose some capacity when going with a smaller gun. Ideally you would have a specific gun for each job, but budget can prevent that.

Biometric safes are commonly used by people for home defense, granting access to only one or two people. This also allows quick access to a loaded firearm in the event of an emergency. There are other types of quick access safes as well if you do not trust or want to rely on something that is electronic.