In this post, we will take a closer look at the Ukrainian Malyuk rifle. It is also known as the Vulcan. If you are watching coverage for the war between Ukraine and Russia, you may have noticed many of the special forces troops with a bullpup rifle that resembles the Tavor. It is made by a company called InterProInvest.

Here is a tweet of a Ukrainian special forces soldier holding one from a recent op in Ukraine. 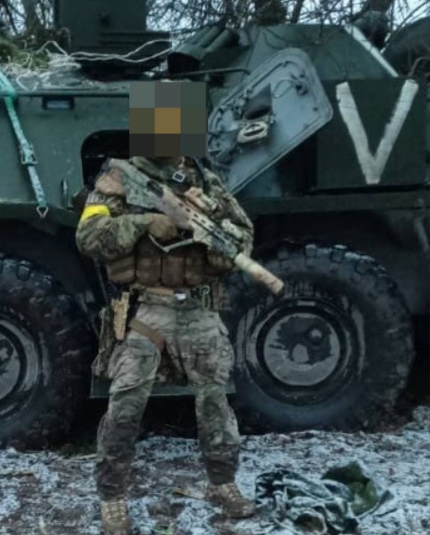 Development of the Malyuk

InterProInvest (IPI) created the rifle as an improvement on the VEPR bullpup. They are a private company and were seeking out military contracts. Although Ukraine’s military was not directly involved with the development, IPI would ultimately gain interest from them. It entered production in 2015 and finished trials with the Ukrainian army in 2016.

Initial designs for the Malyuk started being drawn up in 2005. This rifle is essentially a modified AK bullpup design with a polymer cover. A look at the right side of the rear of the rifle gives you a view of what looks like an AKM receiver. It also takes standard AK-47 or AK-74 magazines, as it comes in both 7.62×39 and 5.45×39. There is even a 5.56×45 version.

It uses many similar parts of the AKM and AK-74.

Some of the big differences in the design from a typical AKM include:

What makes it better?

The magazine is mounted within a mag well as noted. Because of this and other design factors, when the magazine release is pressed, the magazine will fall from the rifle under its own weight. This makes magazine changes faster and more fluid.

Bullpups are known for giving users a smaller package for close quarters, while retaining good terminal ballistics with a longer barrel.

Although the weapon was designed to be ambidextrous (for right and left handed shooters), the rifle will only eject spent casings to the right side like an AKM. The charging handle is ambidextrous and non-reciprocating as to prevent injury to the operator.

IPI appears to have solved some of the common issues with a bullpup rifle and made some improvements on the AK in the process. However, they didn’t completely solve the ambidextrous issue since the ejection port is not able to be switched to the left of the rifle. This could create an issue for left handed shooters, or switching to support side when shooting (for right handed shooters).

The Malyuk, or Vulcan, has a convection heat removal system in the barrel channel. The reduced-recoil design and special construction of the gas off-take reduce the amount of gas vapors in the shooter’s face and provide a decreased recoil.

It is fairly easy and quick to disassemble and reassemble as shown in this video.