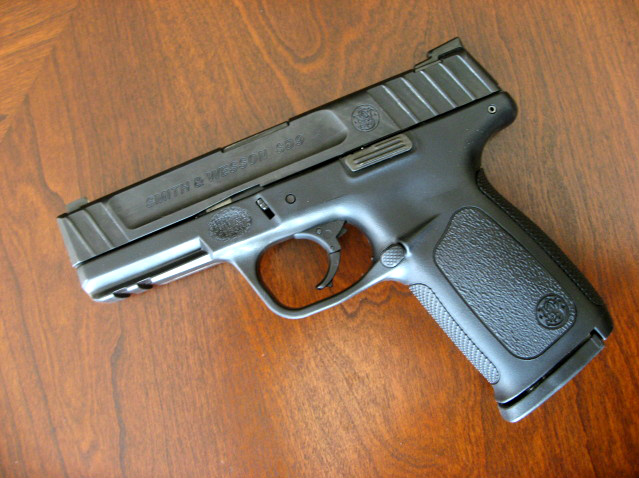 This gun never really appealed to me in particular, but my brother found one for a good price ($300 barely used) and thought he couldn’t pass it up. So, of course, we are giving you our thoughts.

It came with two 16 round magazines. I have heard Sigma magazines will work in the SD’s, but I was not able to verify this as I didn’t happen to have any Sigma mags laying around at the time of this posting.

My initial impressions are, it seems like a cheaper version of the M&P series. The plastic seems cheaper and the finish doesn’t seem as good. However, it has many of the basic things that an M&P has such as a rail, loaded chamber indicator, and dovetailed sights. 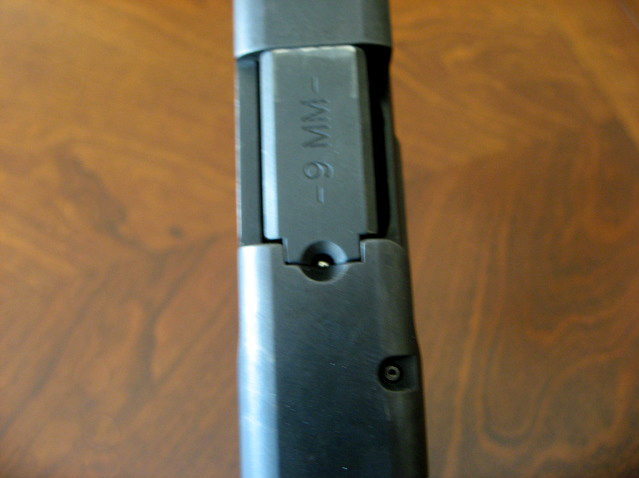 As with all S&W autos, I was worried that the trigger would be terrible, and although I wasn’t pleased with the end result in comparison to even a Glock trigger, I felt it had a better trigger than any of the several M&P triggers I have tried (please, let’s not even discuss the terrible Sigma triggers). This was evident to me not only in dry firing, but most especially when I was shooting it. I found I was more accurate with it than I was with the M&P or Sigma.

I shot the SD9 halfway decent, and for as nice as the M&P series is finish-wise, I just cannot shoot them well at all, and the only thing I can truly put my finger on (no pun intended) is the triggers. Still, the trigger on this gun is probably it’s biggest downside, I felt. 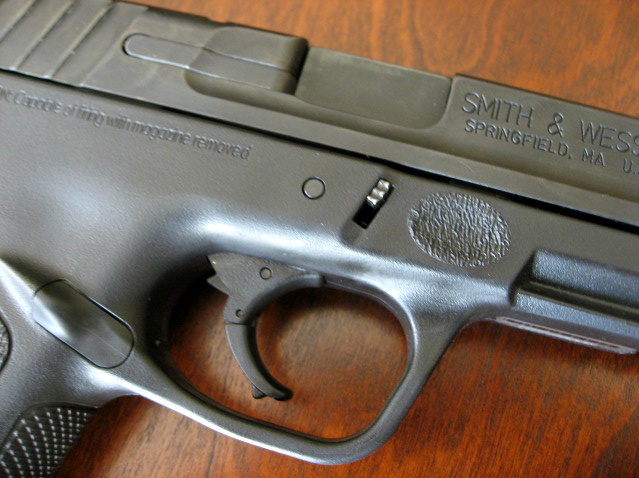 Clearly this was one of many “Glock” wannabe’s out there as you can see in so many aspects of the design. It field strips exactly the same way a Glock does.

One thing that I really liked about this pistol and think is something that many other pistols should come with is a front sight with tritium. Full on, front and rear night sights are great, but I feel that a front night sight gives you 90% of what complete nights sights gives you. When you consider that the majority of gun fights take place in low lighting, any kind of aid in this regard is a big bonus in my opinion. It’s too bad that more manufacturers dont do this standard upgrade. We were able to run a couple hundred rounds of Tula Steel cased ammo through the gun problem free. I feel like this gun was very well thought out and designed rather well, and for the price they were sold at, I am a little surprised they weren’t popular enough to keep manufacturing.

Here is one of the groups I had at 10 yards. The sight must need some adjustment because we were all hitting on the right hand side. 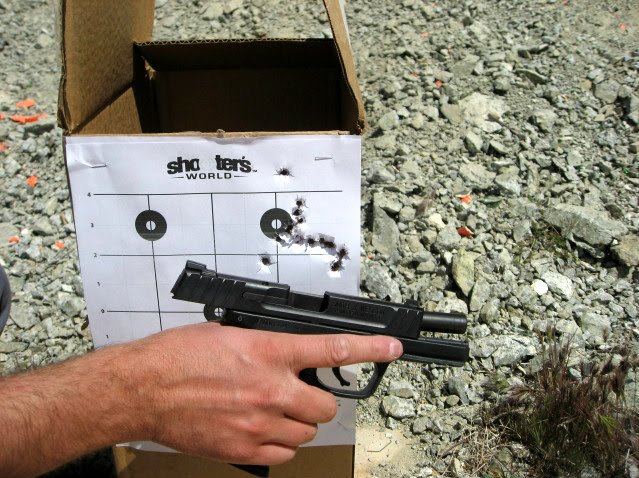 If I were to find one for $300 or less, I would probably do it without hesitation. When you consider what you get for that amount of money, I think it makes for a great value.