My Thoughts on the Glock 17 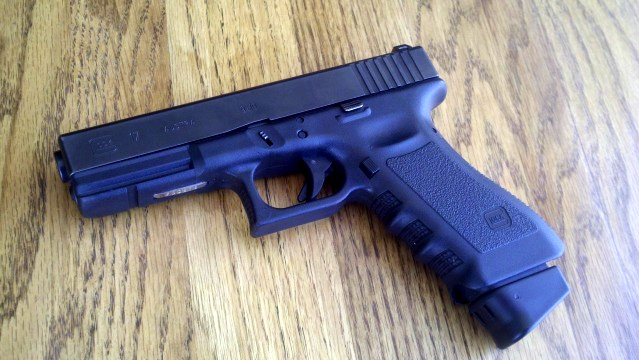 I never thought I’d love the Glock 17 like I do. I am here to own up to that and admit it.

My first Glock was a Glock 27, I got it when I turned 21 and I was drinking the .40 Kool Aid because my Dad was an FBI agent at the time. I still have it, but I wish I had gotten a Glock 26 then.

The .40S&W is a good round, but I prefer the 9mm because it is cheaper to train and shoot with and just about as effective. I would go into more detail, but I don’t want to get off track.

My second Glock was a Glock 19. I bought it to take carbine courses and have a slightly bigger sidearm than my Glock 27. It was something I could still conceal if I had to, but that wasn’t it’s primary job, and it filled it’s role just fine.

I never thought I would get anything bigger than a compact. Never saw the need or the purpose for me. For a police officer or someone like that, sure, but my main priority for handguns has always been that they fill a role for me in CCW and/or open carry in the wilderness against 4 legged critters. It was a practical approach to avoid a gun like the Glock 17 and only get something smaller, or so I thought.

My Glock 27 is my primary CCW gun. It works great and is easy for me to shoot and conceal.

However, last year AIM had some Glock 17 3rd gen trade ins (with night sights) for something like $380. On somewhat of a whim I thought, what the hell. So I got one. 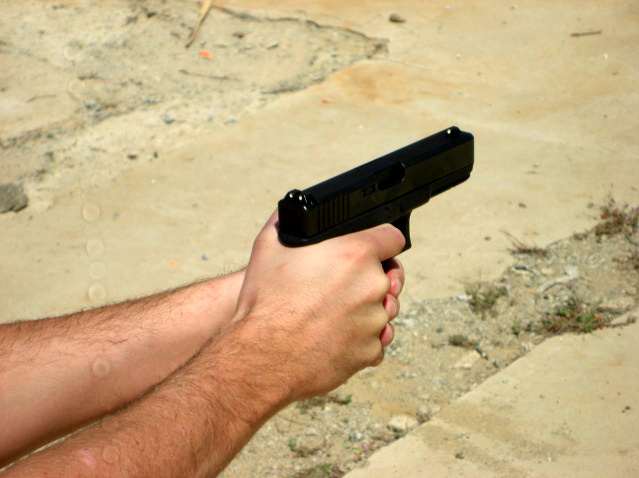 It was seemingly hardly used, just a little holster wear, but not bad. I thought I would throw it in the safe and maybe shoot it at the range once in a while.

It has started to become something more for me though. I’ve found that I shoot it very well, and I often have it near my desk when I am at home…

It’s not a CCW gun for me. However, being a fan of Glocks I guess it’s easy to see why I might have changed my tune in regards to this gun. It’s reliable as anything out there, as is the case with most Glocks. It just feels good to hold. I added a +2 extension because I am not worried about concealability. That gives this handgun a lot of firepower since I can have 19 +1. I see it mostly as a range gun but also a handy little home defense gun. I might end up throwing a light on it for that reason.

I don’t think I would rather shoot any other gun I own and it gets fondled more than any of my other Glocks.

It’s a shock because for a long time I wouldn’t even consider one of these, but in reality, I think it is practical for me to own this gun after all. I shoot it well, it’s extremely reliable, light, and it just gets the job done.

Some people out there don’t care for the Glock, and that is fine, but if you like Glocks, you might want to consider a Glock 17. I did, and I am very happy about it now.

Here’s a video you may appreciate demonstrating the Glock shooting while taking some abuse.