Misconceptions about guns: Here are the facts 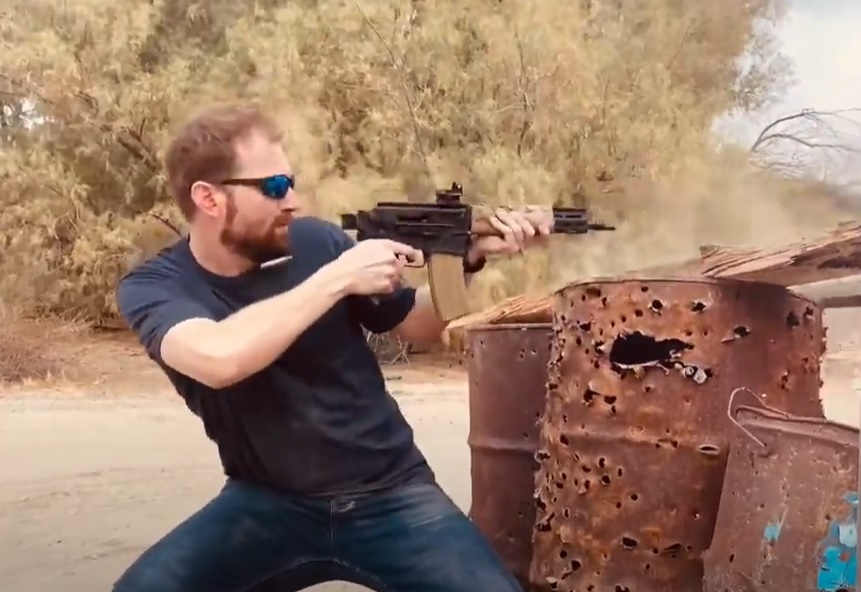 There are a lot of misconceptions about guns

In fact, responsible gun owners often take care to educate themselves about gun safety and to follow all the rules and regulations around gun ownership. By understanding the truth about guns, we can help to dispel some of the misconceptions about guns. So, let’s get started.

This misconception is common for a couple of reasons.

First of all, silencers, more accurately referred to as “suppressors”, are not easy to get a hold of. Suppressors were added to the NFA back in 1934.

Therefore, they require processing through the ATF and a $200 tax stamp to acquire one. Since there are not many suppressors in the hands of private citizens, few people have first hand experience with them.

Secondly, the movies and TV often portray them being exceptionally quiet.

Suppressors are not “Hollywood quiet”. A firearm is still quite loud when it uses a suppressor (or silencer), and you should still wear hearing protection when using them.

Check out this video. You will see it takes the edge off, but they are still loud.

The AR in AR-15 actually stands for ArmaLite Rifle. ArmaLite is the company that developed the AR-15.

15 is simply the model number.

The term assault rifle has its origins in WWII. The German army developed a firearm called the Sturmgewehr which translates to “Storm Rifle”. It is believed that Adolf Hitler was the first one to coin the term, “assault rifle”, for propaganda purposes.

The name stuck and assault rifles became a class of select fire rifles/carbines in intermediate cartridges with detachable magazines. The commonly owned AR-15 is not an assault rifle by that definition, since it is semi-automatic.

Could it be that the term “assault rifle” is intentionally being misused for propaganda purposes by politicians and media, similar to how it was by Hitler in WWII?

Misconception #3: Getting shot will send a person flying

We can probably thank Hollywood for this one as well. How many movies have we seen where people get shot and go flying through a window?

The truth is, physics applies here. Think of the recoil that a firearm gives a shooter, even if he is shooting something like a 12ga or a 44 magnum.

Now, think about the recoil that a bullet would have to impart on a human body in order to send them flying. It just doesn’t happen.

The kinetic energy of a bullet fired from any common handgun or rifle is simply not enough to make a person airborne. No matter what caliber or how many rounds are fired.

In other words, don’t believe what you see in the movies. However, you can enjoy the embellishment of this sort of thing so much better now when you watch this clip.

Misconception #4: Dual wielding (Akimbo) is an effective way to shoot

If you watched the above clip with Bruce Willis, you will notice that he is dual wielding 1911’s. There is a reason no serious shooter, LEO, Navy SEAL, etc. would ever do this. It’s just not very effective.

It sure looks cool in a movie though!

It was also common in some popular video games as well, such as Call of Duty and HALO, which further creates these misconceptions about guns.

Misconception #5: Bullets fly in a straight trajectory, like a laser

This is also commonly displayed in video games and movies. However, bullets are subjected to the laws of gravity. The instant a bullet leaves the barrel of a gun, it will start being pulled by gravity towards the earth, and they all get there eventually.

It may seem as if a bullet has a laser-like trajectory, especially at close range. That is  because the bullet will reach the target quickly enough that it will not have time to fall very much. It may even be imperceptible.

At longer ranges, you can see the trajectory more clearly as the bullet starts to “arc” towards the ground. To test this out, try target shooting at 100, 200, 300, and 400 yards without adjusting your sights. Many sights are adjustable so that you can still be accurate when shooting at various distances.

Misconception #6: People who like guns tend to be violent

I’ve noticed this very often from people who are not into guns. They will make comments to gun owners suggesting they are eager to kill people and things.

I’m not certain if this is just ignorance on their part, projecting, or maybe a combination of both at times. However, gun owners aren’t typically more violent than anyone else.

They may like guns for a variety of reasons, but it is not because they crave violence. You may have heard the term “Shoot to kill”, but that is another gun concept with its origins in Hollywood.

The real term that a good person with a gun might use is, “Shoot to live”.

Misconception #7: A gun can just “go off”

Alec Baldwin might be the latest person that is spreading this myth. Guns don’t just go off.

There has to be a trigger pull for a round that is fired.

Even if a gun does have a hair trigger, it still requires the trigger to be pulled in order for the gun to fire.

Guns are also designed with safety mechanisms to help prevent them from firing when they aren’t supposed to.

There can be exceptions to this rule, but they are exceptionally rare. It is most often just the excuse that people will use for their own negligent behavior.

This is patently false. While in war, the side that shoots the most rounds usually wins, it’s not because they are killing people with full auto.

The purpose of a full auto is to lay down suppressive or covering fire. You are forcing the enemy to take cover, and that is what they do. While a fire team lays down covering fire, another team flanks the enemy and kills them, most often with semi-auto fire.

Full auto guns are difficult to control, especially if you are not a very experienced shooter. After the first round or two, the other rounds are way off target. You’re just wasting ammo.

Check out an experienced shooter, firing a gun on full auto for the first time.

As you can see, there are many misconceptions about guns out there.