Making My Case For The Forward Assist 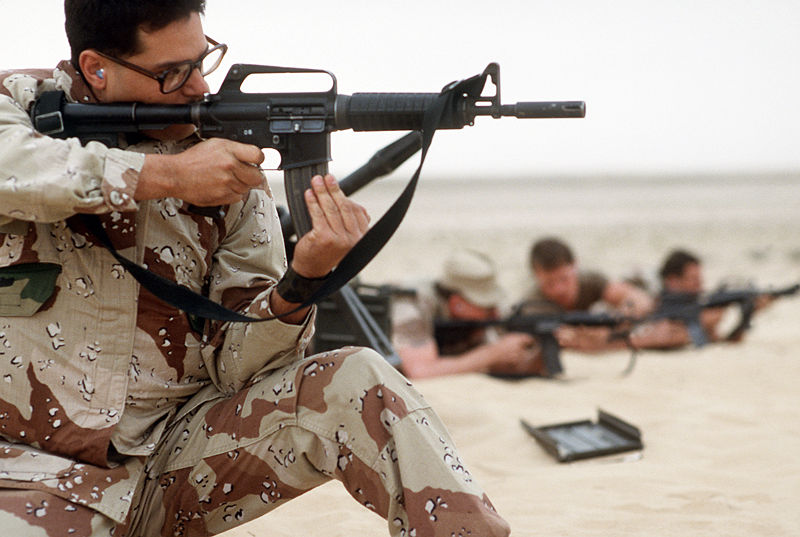 A USAF MP shooting an earlier carbine model M16 variant known as the XM177, it does not have a forward assist.

The forward assist is a controversial feature on the AR15. I have never been quite sure why. Misuse probably. Some folks seem to believe that the AR15 would be better without it, but I disagree. Yes it can be misused, but when used properly it is a benefit to have.

Initially, the AR15 design did not call for a forward assist. It was an afterthought to improve the AR15 design since it was having issues early in Vietnam with carbon fouling. The AR15 carry handle is not reciprocal. Because of this, the bolt is entirely dependent on the buffer spring to generate the force needed to strip a round from the mag and chamber it. At least, until the forward assist came along.

Here you can see a picture of an M16A1, where several modifications were made to the original M16 design, including the addition of a forward assist.

In a few instances I have seen where a round failed to chamber completely and a simple tap on the forward assist chambered the round fully. I have also had several instances where I have needed to chamber a round silently, specifically when coyote hunting. We are not legally allowed to drive around with a round chambered in our rifles in my state. Once the truck stops, we can chamber a round, but at that point, we want to keep quiet because we don’t want to scare off the coyotes in the close vicinity with unnatural noises.

I can think of a few other possible instances where it would be nice to have the option to chamber a round silently as well. For that reason alone I like having it.

Now, with all of that being said, the forward assist is not the cure for every time your weapon doesn’t go into battery. In some cases, the round and/or bullet may be out of spec or have become disfigured for one reason or another making the round unsafe to shoot.

In other rare cases, you may have also shot a squib load in the previous shot and there may be some sort of obstruction in the chamber/barrel that is preventing the weapon from going into battery. These are cases when simply smacking the forward assist would be unwise and could cause a catastrophic failure with your weapon.

In other words, you can use your forward assist to your benefit, but you should also use your head.