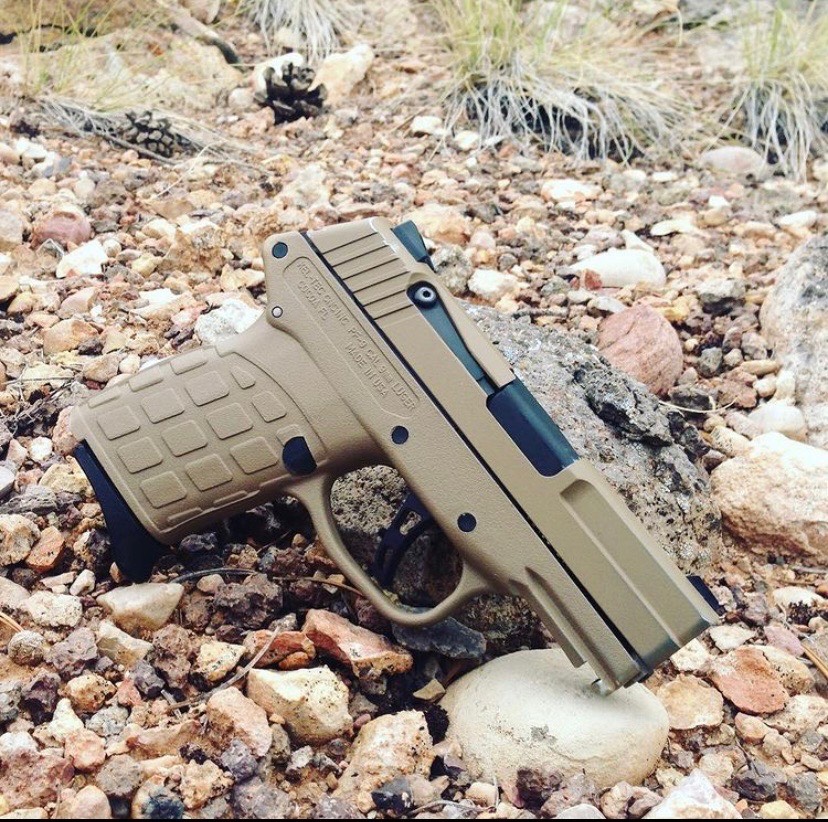 In my search for a better CCW gun, I came across the Kel-Tec PF9.

This was several years ago. I had been carrying a Bulgarian Makarov prior to this, but I wasn’t a big fan of the all steel frame (too heavy), a thumb safety, or the 9×18 for a CCW gun.

I wanted a polymer frame 9mm without an external safety.

The PF9 seemed to fix all of those issues. I was optimistic that it would be a good carry gun, but I was concerned that it wouldn’t be super reliable.

Now, I didn’t exactly torture test it, but I did shoot thousands of rounds through it in order to test it’s function, and although that was years ago, I don’t recall having any malfunctions with mine.

In fact, I liked the PF9 so much that I not only permanently retired the Makarov, but I went all in on the PF9. I bought several spare mags and a 2nd PF9. It was light, thin, and reliable.

I carried the PF9 for many years, primarily appendix carry.

Not only did I find the PF9 to be a reliable carry gun, but it is extremely affordable.

My biggest gripe about the PF9 was that the trigger was a little too heavy for my liking. I’m not super finicky about triggers, but if it is bad enough, I would sell a gun for that reason alone. Especially if a comparable gun has a better trigger.

Keep in mind, there are aftermarket triggers out there that lighten the pull, and I have tried them. It is something to consider if you don’t like the trigger.

Somewhere in the back of my mind though, I will admit that some of the bad things I have read about Kel-Tec online probably bothered me to some degree. I never tested them out enough to be able to attest to the ruggedness of the Kel-Tec PF9 under the harshest of conditions. However, mine always worked, it was easy to maintain, and I never saw a spot of rust or any indication that would lead me to believe the gun was any type of a throw-away firearm.

That said, when the Glock 43 came out, I immediately jumped to the Glock. It was more expensive, but I liked the trigger better and I admit that I felt more peace of mind carrying a firearm with a reputation for reliability & durability.

I do believe it represents a good value and would be a good carry pistol for someone on a budget. If you have a little more money to spend on a carry pistol, there are better options, but you are spending twice as much (in the case of a Glock 43) for only a slightly better firearm.