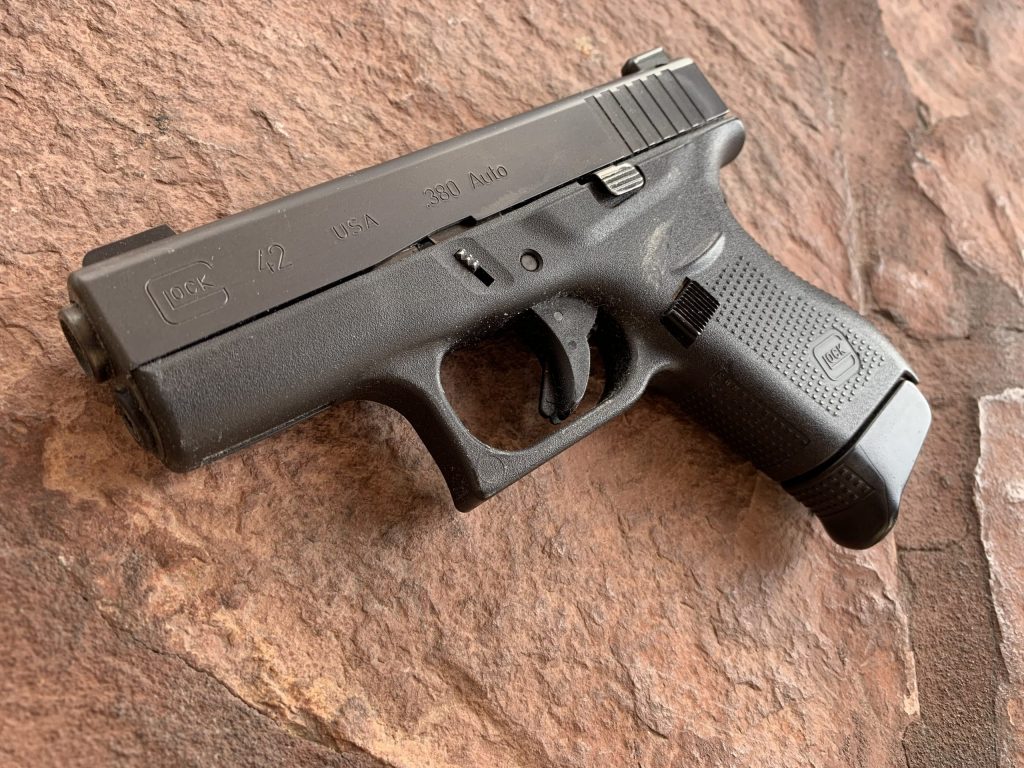 In fact, I didn’t even own a firearm in .380 at the time. I had carried a 9×18 Makarov for years, but always really felt like 9×19 was the low end of handgun calibers that one should consider for self defense. Gel tests seemed to confirm that there are a variety of acceptable self defense loads to choose from in 9mm, and there was a noticeable difference in gel tests with .380 and 9×18 loads. I was/am also a big fan of the affordability of 9mm.

That said, I reluctantly decided to give the Glock 42 a try. I can’t lie, I immediately liked the gun when I held it in my hand. It’s small, but it’s on the higher end of size compared to some other smaller CCW type .380’s. It is the smallest Glock on the market as of this writing.

Shooting it also proved that the recoil was mild and the gun was easy to control. The sights were on par with most other Glocks. I was able to add night sights with ease.

In comparison to the Ruger LCP, the Glock 42 couldn’t have been much more different. The LCP is known for being small, snappy, and not particularly fun to shoot. The sights are not very good either. The one advantage the LCP has over the Glock 42 is that it is easier to conceal carry.

Eventually the Glock 43 would come out, but I continued to find myself carrying the Glock 42. Yes, the Glock 43 was a more effective caliber, but it was a little snappier to shoot compared to the 42 – and it was bigger and heavier. So, I just kept going with the (ever so slightly) lighter, smaller, and easier to shoot Glock 42 for CCW.

The Glock 42 is a bit of a Goldilocks gun for me. It is just right. It gives me the right combination of size, shootability, and reliability. It’s a Glock in every sense that it is light, fairly affordable, and very reliable.

I was able to find a carry load that would penetrate deeply enough in .380 that I was comfortable carrying the caliber. 90gr Hornady XTPs are what I choose to carry as they regularly get over 12″ of penetration. 90 gr Hornady FTX also appear to perform similarly.

I’ve also rethought my original take on the .380 vs 9mm. While I still believe the .380 is not likely to be quite as effective as a 9mm in all instances, shot placement is the most important factor, and I am confident in my ability to shoot the Glock 42 accurately and quickly, in comparison to the Glock 43 or something like the Ruger LCP.

There’s another drawback to the Glock 42. The magazines only hold 6 rounds. So, you’re at 6 +1 with stock magazines. I added the Pearce +1 grip extensions for an extra round and more real estate for my pinky finger to hold onto while shooting. That gives me 7 +1. I am not perfectly happy with 8 rounds for self defense, but that should be sufficient in most instances. Also, carrying a spare mag is fairly easy if needed, though I rarely do.

If you do not have magazines that say “03”, you can contact Glock and send in the older magazines to get the updated magazines in it’s place. I did just that with several of my magazines, and I noticed that with the older ones the plastic and metal near the feedlips had been separating. That was creating feeding issues. I recommend getting updated magazines from Glock.

I’ve been carrying the Glock 42 pretty regularly since 2014 and have been unable to find anything to carry over it since then. My kids can shoot it well, and it is my wife’s favorite handgun to shoot as well. So, to answer the question, I would say yes. The Glock 42 is pretty damn good. 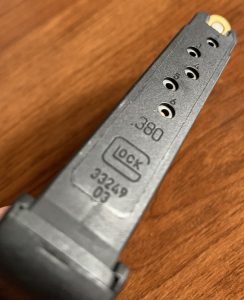