If You Could Only Own Two Firearms 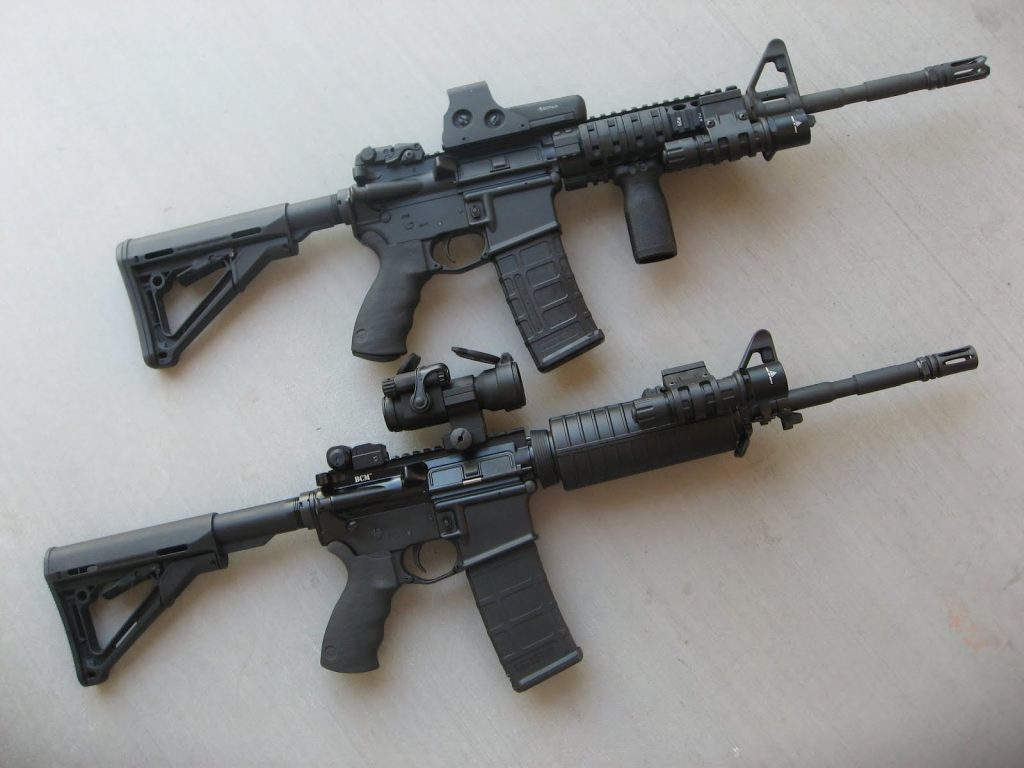 Well, in truth, this posting will be about the second firearm I would choose. As I already went into detail about the ONE and only I would own and recommend to someone in a past posting, If You Could Only Own One Firearm. I chose a Glock 26 as my one and only if I could only have one.

The next gun in any respectable gun collection in my view is definitely a long gun.

“The militia, when properly formed, are in fact the people themselves, … all men capable of bearing arms;…”,

It is my personal belief that every able bodied man should own a military rifle/carbine. Now, this can vary from man to man, and for me, it is an AR15. For you, it could be an AK, an M1A, or even a Lee-Enfield, if that is all you have a budget for and you are proficient with it (although I recommend a semi-auto).

I choose an AR15 because it is a platform I love, am most familiar with, is relatively affordable as far as Battle Carbines go, and it doubles as a home defense rifle. I also live in an urban setting, which also factors into my decision. I don’t likely need an 800 yard rifle.

It’s chambered in one of the most common calibers in existence, capable of hitting targets 500 yards away or more. Recoil is light in comparison with many other battle carbines, allowing for quick follow up shots and the round shoots nice and flat. It’s not the greatest manstopper amongst battle carbines, particularly outside of 150-200 yards, but still very effective when shots are fired accurately.

The weapon itself is popular, making it easy to find replacement parts for.

No one gun will perform all tasks, so I have picked a rifle that fits most of my perceived needs and potential threats. As you can see, I like a light and a decent optic on mine, but these are just nice addons if you can afford it.

Bottom line is this, whatever you choose, it should be a battle tested rifle/carbine. It should be in a military caliber. Finally it and you should be capable of hitting targets accurately at 200 yards minimum. You have to make the decision for yourself. 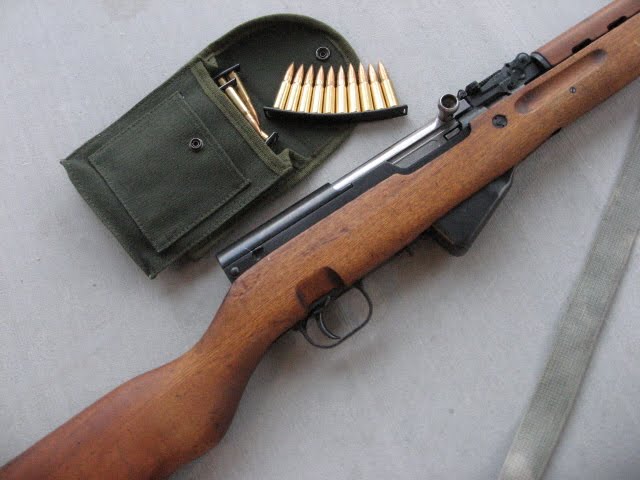 I also believe as a minimum, you should have a sling (even if just a cheap carry strap), 1000 rounds of ammo for it, and 8-10 reliable magazines (if your weapon has detachable magazines). If it is fed by clips, such as the M1 Garand or the SKS, you should probably have 20-30 clips, minimum.

As I stated earlier, I prefer a semi auto. I also would prefer a flash hider on the rifle as well. Obviously, some of us may be limited in this regard depending on the laws and regulations of your state/county/city etc. so find out what is legal or not for you. 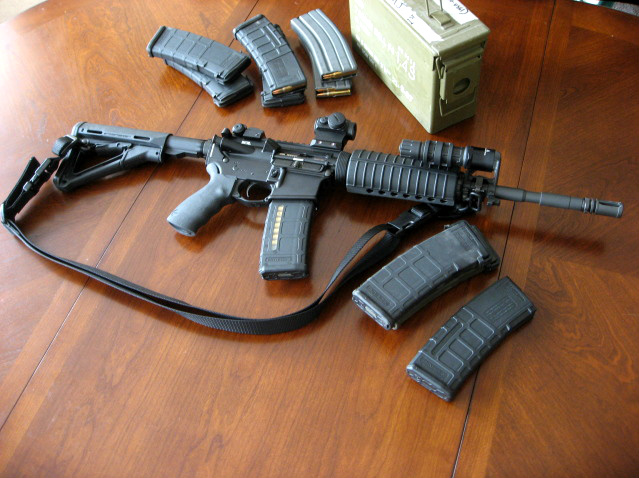 Other factors to consider

It should be made for reliability rather than supreme accuracy, if you must choose between the two. I only mention the reliability aspect over accuracy because as most who own and enjoy AR15’s know, there is a difference between one built primarily for accuracy and one built for defense of life and liberty. That’s not to say you cannot have an accurate AR15 that is also reliable but there are some trade off’s between accuracy and reliability when building or buying an AR15 as well as other rifles.

In terms of ammo, you don’t have to buy the expensive stuff. Just buy ammo that is reliable, and preferably full power loads, FMJ or otherwise.

For AR15 mags, PMAG’s are my personal preference, although I own plenty of USGI style Aluminum magazines as well. PMAG’s cost about $13/ea and USGI mags can be had for as low as $8/ea brand new (that is the lowest I have seen them for anyways).

One thing to keep in mind, you can never have too much ammo or too many magazines. Guns without magazines are suddenly single shot weapons that are burdensome to load, and guns without ammo are no better than a club. It doesn’t hurt to have more mags and ammo than my own personal recommended minimum.

Buy it cheap and stack it deep.

If you are on a super tight budget, a Mosin Nagant and 1000 rounds of ammo should cost you $250~. A Mauser might go for a little more and is a better bolt action rifle IMO, especially in terms of accuracy. If you can afford to spend a little more, I would recommend a semi-auto. Something like a Saiga, SKS, or even another cheap AK variant would be recommended. Cost for something like that with the minimum amount of ammo (1000 rounds), mags, etc… including the rifle would probably be closer to $600-700.

If you can, get some training or at least some decent range time with it. There is a neat program called Project Appleseed.

that provides training for people learning to shoot a rifle. It wouldn’t be a bad idea to try it out if you don’t have much experience or training with rifles, or even if you do.

Even when I am not at the range, I get my weapons out often and handle them. I can operate or disassemble my AR15’s with a blind fold on, such is my familiarity with them.

Tagged If You Could Only Own Two Firearms