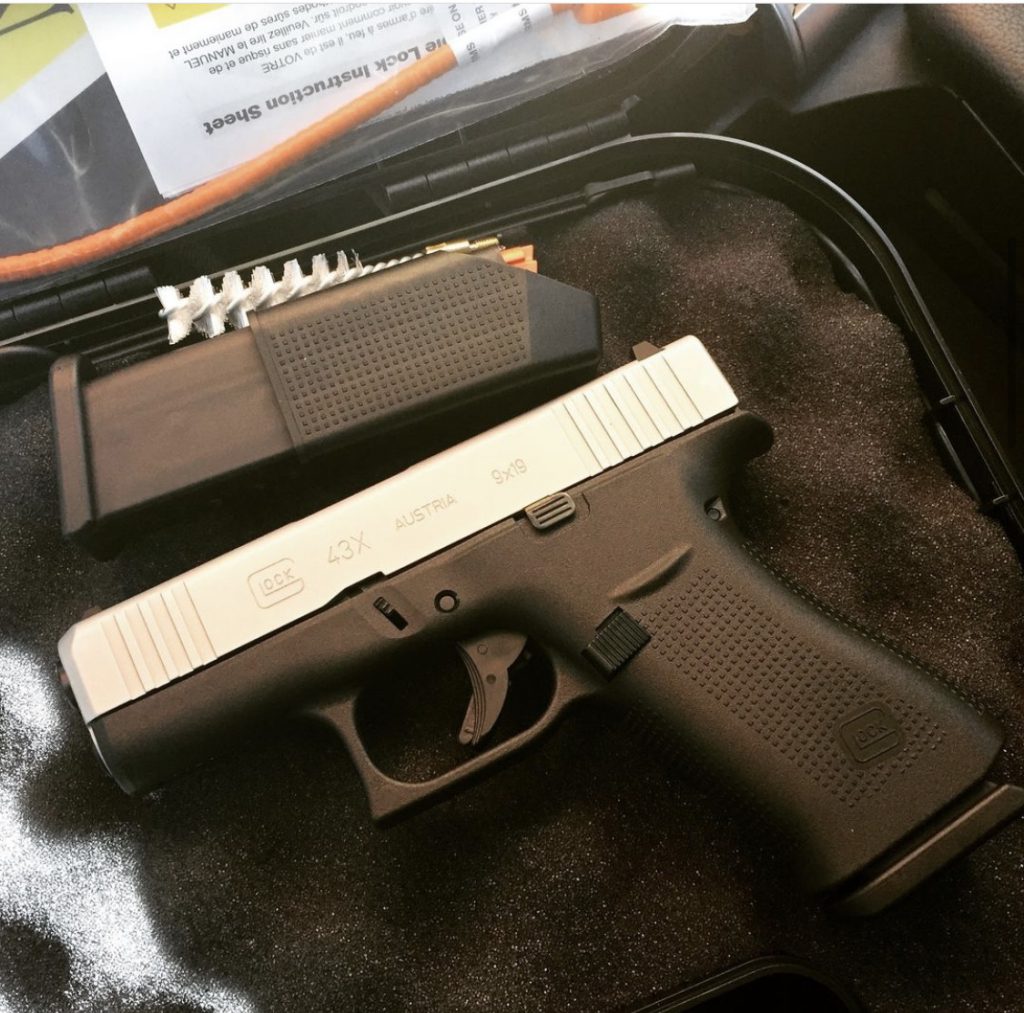 I bought the G43X about as quickly as I could acquire one. I was somewhat torn between getting the G43X and the G48 but ultimately settled on the G43X.  My immediate impression of it was that I no longer needed a G43.

When I shot it, I immediately noticed that not only did I shoot it better than my Glock 43, but I also shot it as well as my Glock 19.

I can get a whole grip on the firearm and the recoil wasn’t particularly snappy either.

I wasn’t a really big fan of the silver slide, so I interchanged the slide with my G43 and found that they were completely interchangeable. Ultimately, I would buy a black G43X slide/barrel assembly for mine and installed night sights on it.

My G43X is reliable as any Glock is expected to be. It is also very slim and easy to conceal carry.

The 10 +1 magazines for the G43X gave less capacity than I would have liked for a gun of this size, but it was still a big improvement over 6 (or 7) +1. Then Shield Arms entered the market and introduced an all steel magazine that would give you 15 +1 capacity.

Suddenly, not only did the G43X make the G43 unnecessary (for me), but it has practically eliminated the usefulness of the G19 as well. The one advantage the G19 still holds is the ability to use G17 and G18 stick mags, although that is a fairly minor selling point when we are talking about carry guns.

These magazines are getting great reviews for reliability by a variety of personalities in the gun industry. My own personal experiences and the experiences of people I know are similar.

Check out this video where MAC shoots his G43X with the S15 Shield Arms magazines.