Development of the AR-15 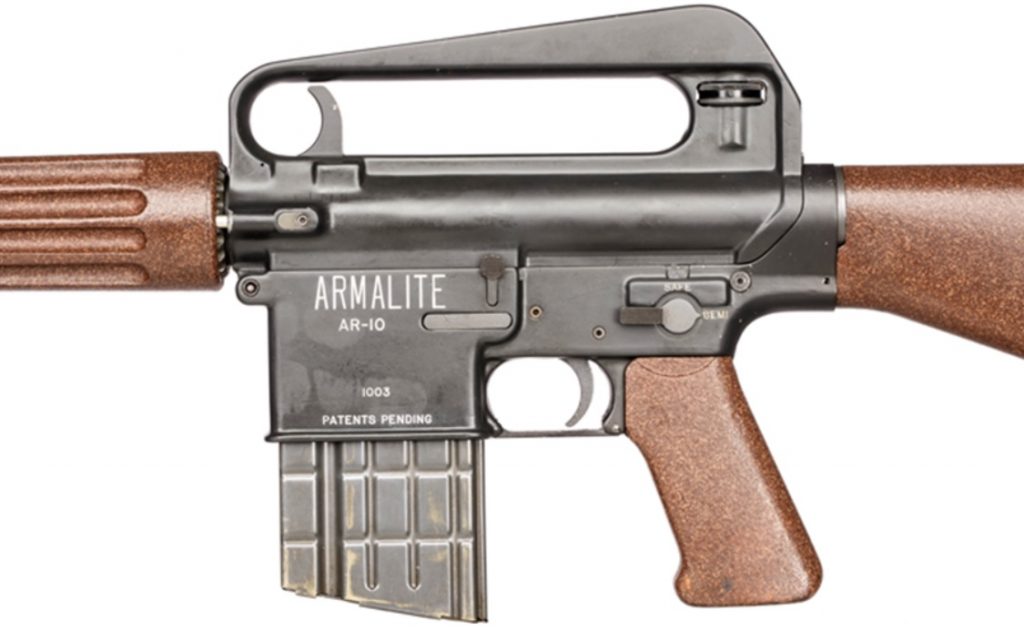 The development of the AR-15 rifle is a fascinating story that began in the 1950s. Originally designed by Eugene Stoner, chief engineer at ArmaLite (a division of Fairchild Engine and Airplane Corporation), the AR-15 was a revolutionary design that would go on to become one of the most popular rifles in America.

In this blog post, we will take a closer look at the development of this iconic firearm and explore some of its key features.

AR-15 stands for ArmaLite Rifle, 15 being the model number. Development of the AR-15 rifle began in the early 1950s by Eugene Stoner, who was working for ArmaLite at the time.

Armalite was a division of Fairchild Engine and Airplane Corporation. They used cutting edge aircraft type material such as alloys, aircraft grade anodized aluminum, and even plastics. These materials were not very common in the development of firearms at the time.

Under Project Salvo, the AR-10, chambered in 7.62×51 NATO, was developed by Eugene Stoner. It was a light weight alternative to the other weapons that the US military was testing in the 1950’s. It was a whole pound lighter than the M14. This radical design entered competition late and would be passed over in favor of the M14. However, it made a lasting impression in a competition with the other battle rifles like the M14 and the FAL.

Rise of the intermediate cartridge

In 1955 the US military decided they wanted to go with a smaller cartridge for their new standard rifle. They wanted a more controllable round in full auto and they wanted their troops to be able to carry more ammunition.

Past wars had taught us that engagements rarely exceeded a range beyond 300 meters. We also realized that the side who shot the most rounds usually got the most kills. The Soviets had also come to a similar conclusion when they chose the 7.62×39 as their primary service cartridge.

The .223 Remington, which would eventually become the 5.56×45 NATO, was selected as the cartridge for the US military.

ArmaLite scaled down the AR-10 to fire this smaller round around 1958. Armalite would sell the rights to the AR-15 to Colt in 1959.

Shortly thereafter, the AR-15 gained traction with the USAF and US Army. The USAF would adopt it first as the M16 in 1963. The Army would follow in 1966 with their own version.

Despite resistance from some in the USMC and Army, the M16 became the primary infantry rifle for the US military in 1967 and saw extensive use in the Vietnam War.