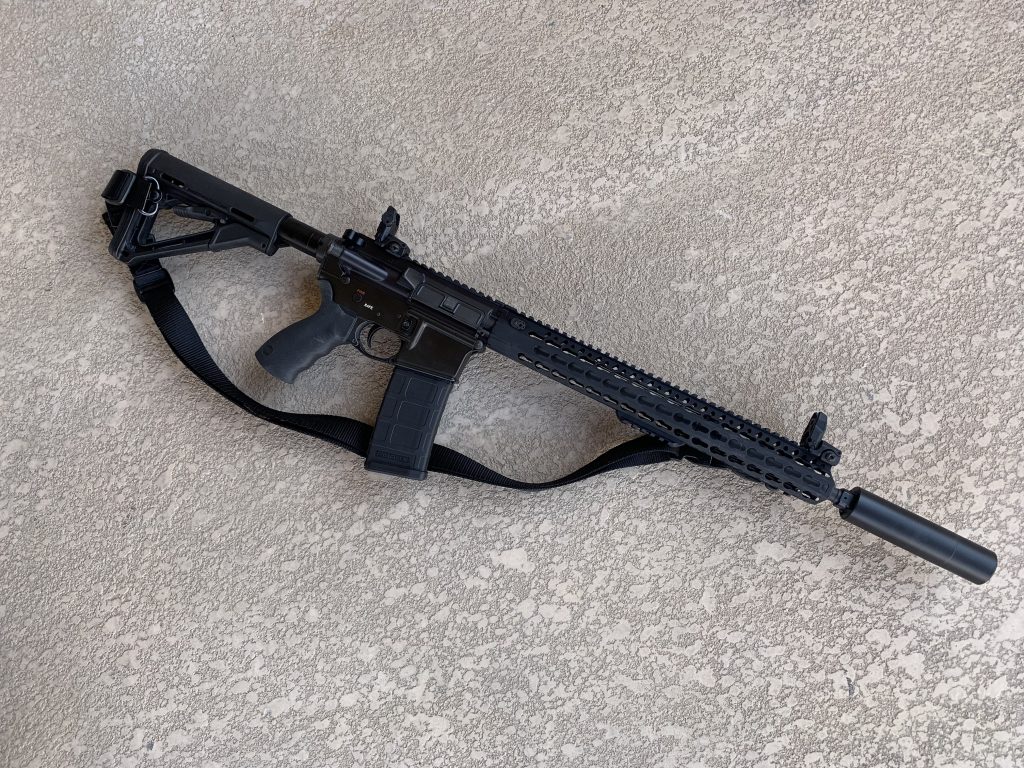 The AR-15 platform is popular for good reasons. It is adaptable to a wide range of applications and can be configured to meet the specific needs of the shooter. The AR-15 is ubiquitous in the United States. You could call it America’s rifle. In that case, we need to know how to operate it effectively and efficiently. Clearing malfunctions for AR-15s is something that all shooters should know how to do. In this blog post, we will discuss the most common AR-15 stoppages and how to clear them quickly and effectively.

What is a malfunction?

A stoppage or malfunction can be defined as any event that stops the cycling of the action of the AR-15. This may be a failure to fire, a failure to eject, a stovepipe, a double feed, or any other number of problems.

What causes a malfunction in the AR15?

Contrary to what many people with little experience might suggest, the AR-15 is a very reliable platform. However, every firearm is capable of malfunctioning. Most malfunctions are shooter induced – meaning human error led to the failure.

Shooter induced malfunction – This is caused by failing to load the rifle properly. It may sound dumb, but it is the most common issue that shooters tend to face. So make sure the rifle is loaded, magazine is properly seated, and the bolt is in battery.

When it comes to mechanical stoppages, those are most often caused by a failure to extract or eject the spent casing from the chamber. Here are some of the common terms and failures you could experience.

Failure to Feed – This can be caused by all sorts of things including bad magazines, dirty rifle/chamber, incorrect ammunition, weak buffer spring, etc. Obstructions are also common, and can include broken pieces of the bolt lug/chamber or a primer.

Double Feed – A double feed is when a new round is being fed into the chamber while there is already a round in the chamber. This can be caused by a variety of factors, but is most often the result of feeding issues with the magazine. Bad magazines should be identified and disposed of. Use good quality magazines!

Failure to Fire – A failure to fire can be caused by a variety of factors, but is most often the result of a bad round or an issue with the firing pin. Check to see if the weapon is in battery.

Failure to Eject or Stovepipe – A failure to eject can be caused by a variety of factors, but is most often the result of an issue with the extractor or ejector. Sometimes you can have an issue with ammo, such as case expansion. Some people see this more often with steel case ammo. Stovepipes are almost always a sign of a weak extractor spring. If you are having this problem, change it out.

Tap, rack, bang. These three steps are the fastest and most effective method for clearing almost every malfunction, including shooter induced. It’s intended to help you get back in the fight quickly.

It should work this time if it was a simple malfunction. Especially if it was user error.

What if that doesn’t work for clearing a malfunction in your AR-15?

During training is the best time for this sort of thing to happen. That way you can figure out how to deal with the issue under stress. Any time you fail to clear a malfunction of any sort, you have a few options. One option is to try another magazine. Another option is to transition to your sidearm, especially if you are solo. If you have someone else providing cover fire or are operating from a position of cover, you may have time to trouble shoot the issue further.

If you are at the range, you can take the time to diagnose the problem more closely and with more time. Understanding how the AR-15 works is one of the best ways for learning how to diagnose common problems.

If the rifle is simply rechambering the same spent casing, or short stroking, you are most likely having an issue with the gas system. It could be a loose gas block or bad gas tube, but the most common issue is a loose gas key on your BCG (bolt carrier group). Many gas keys are not properly staked, and that is why they come loose.

Gas rings are another factor. To check it, disassemble the bolt from the BCG. Then hold the BCG facing upward and slide the bolt into it all the way. Let go of the BCG, but hold onto the bolt. If you have bad gas rings, the bolt will not hold the BCG. Good gas rings will hold the weight of the BCG. Changing out gas rings is fairly quick if you aren’t being shot at, a few minutes.

How to prevent failures, stoppages, and malfunctions with your AR-15

It is easiest to prevent this from ever happening by training, keeping your rifle clean and lubricated, and using good quality AR-15’s, ammunition, and magazines. When you clean the AR-15, make sure you inspect it thoroughly. Springs, extractors, and firing pins break. You should change out any bad parts during that process. You should have spare parts for your AR-15 and the parts that need to be replaced most often are fairly cheap to obtain.

The bolt and the bolt carrier group are one of the first places to look for problems. So inspect that part of the rifle very well during cleaning or if you are having unknown issues.