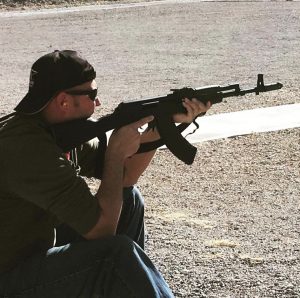 Battle Born Review is my current blog on firearms, weapons, gear, and 2nd Amendment issues in the United States. Battle Born is a reference to my home state of Nevada.

Before it was Battle Born Review, I owned and posted many of these blogs on my original blog, Minuteman Review.

When I got out of the firearms industry (in which I worked for nearly a decade), I allowed my old domains to expire, which was an unfortunate mistake on my part.

I intend to re-post my old blog material here, as well as more recent and updated posts.

Some of these old blog posts are dated as new products have arrived on the scene, but there is still a good amount of high quality information for anyone looking for information relevant to that point in time, and still worthwhile.

I hope your enjoy them.

Get in the fight.

“These are the times that try men’s souls.”

We have so many ways to fight for our natural rights and freedoms.

Learn safe gun handling techniques. Live them. Teach them to others.

Contact your representatives in Congress as well as the President of the United States. Also, your state representatives and governor, and other local state and government officials, depending on where you live and which pieces of legislation are being considered, voted on, or have passed.

Believe it or not, these things matter to them and can influence them if they get a big enough response. Make sure correspondence is respectful, well written (or spoken), and original if possible. Calling works better, even though you will likely speak with a staffer. Writing works ok. Doing both is better.

You can also take part in organized peaceful protests and donate to organizations that work to lobby congress or file lawsuits that might challenge the Constitutionality of certain laws. The courts should be used when possible.

There is also, next election, as a form of recourse.

After legislation has been passed you can still fight it with massive non-compliance. If enough people decide to ignore a law, it has no weight. It wouldn’t even take a majority. Just a strong, vocal minority could get it done.

Power lies with the people. Anything we wanted to change we could get it done if we stood together and fought it hard enough.

There are many things that people can do to influence government whether their party of choice is in control or not.

Apathy is our greatest enemy – Freedom is always unfinished business.

Please consider donating to our friends and allies in the fight for freedom and gun rights.

JOIN SAF OR RENEW YOUR MEMBERSHIP