Best Choice For Self Defense Ammo 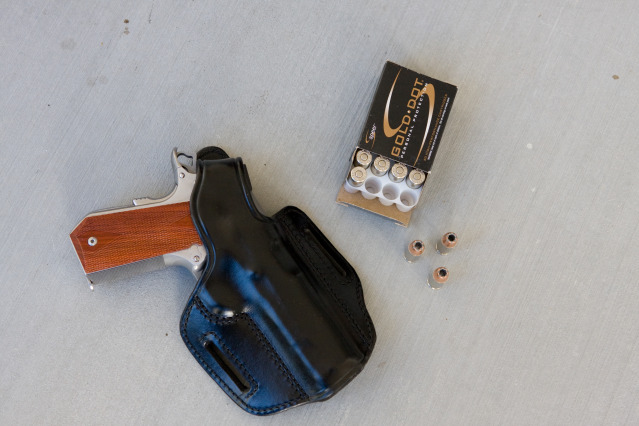 First of all, this is a very tough question to answer, because it depends on so many different factors including but not limited to caliber, barrel length, and desired effects. So, let’s discuss the Best Choice For Self Defense Ammo.

Secondly, the “science” behind it is so imperfect because of the endless amounts of other variables. You never know if you are going to be attacked by a fat person, a body builder, or a skinny malnourished meth addict. You don’t know exactly where your shots will hit or exactly how the bullet will react if/when it hits bone at any random angle. It could deflect, smash through, or even fragment. The clothing worn by your attacker can vary and change the effect of the bullet as well. The possibilities are endless.

With that in mind, you have to pick the best loading in your desired caliber that you believe will work best in a variety of different situations. This is why certain standards have been accepted by Law Enforcement and the shooting community by experts on the subject.

AR15.com has many different resources on ammo and such, including this one which gives information on a variety of the most common self defense calibers. There is some excellent information in there, and I highly recommend it to those looking for a self defense load or even a new caliber to add for themselves.

The primary thing you should get from the link though, in my opinion is that you want to be able to achieve a certain level of minimum penetration as well as expansion if possible. These should be big factors in deciding your self defense load.

I find it interesting how some of the better .223 loads at close range give the shooter excellent terminal ballistics, meet the minimum standard for penetration, yet are among the best in limiting over-penetration. This dispels a common myth about the caliber in urban situations and proves why many agencies have recently stopped issuing SMG’s and started issuing AR-15‘s instead.

It also talks about the fallacy that a shotgun loaded with birdshot is an effective self defense load. It is not, because it lacks the penetration needed for effectively stopping a threat (12″). It could stop a potential threat, it could even be lethal, but it is not “effective” according to the experts who spend their lives studying ballistics. I wouldn’t use birdshot unless it was all I had.

In most of the common handgun calibers, such as 9mm, .40, .45, etc. There is a lot of data out there like in the link above. The truth is, it’s hard to go wrong with the main brands premium bullet style and weights in those calibers.

Avoid the hype bullets like Extreme Shock. Even Corbon, a more reputable brand than ES in my opinion, tends to lack in the penetration category.

In most of my carry guns, I carry Gold Dots, HST’s, Hornady’s, Golden Saber’s, etc. I believe that bullet selection is less and less critical in the bigger handgun calibers though. You tend to have more room for error it seems, although I still recommend the premium bullet designs. As an example of this room for error, I think some .45ACP 230gr JHP’s in the Winchester economy line would probably still be pretty effective.

It’s the lower caliber and more obscure calibers that tend to be more tricky when searching for a self defense load. In these cases you don’t as often get the selection of quality hollow points. Two calibers this seems to plague me on is 9×18 and .32ACP, although is is surely an issue with .380’s (9×17) and .25ACP (and on down) as well.

I’ve done plenty of research on the different hollow points out there in these smaller calibers, and I have also conducted my own personal testing, in the attempt to see some of the results for myself.

These smaller calibers usually lack the velocity to get both the minimum penetration as well as the expansion desired in a hollow point. In these cases, I tend to opt for reliable FMJ as penetration is more crucial to stopping an imminent threat than is expansion.

It is important that you test out your chosen defensive load in the weapon you plan to use it in prior to relying on it for self defense. The best bullet in the world won’t do you a bit of good if it doesn’t function well in your gun when you need it to.

Lastly, and I cannot stress this enough, get some level of experience and training with your weapon(s). You don’t have to be a member of a SWAT team but a gun is only as effective as the person using it.