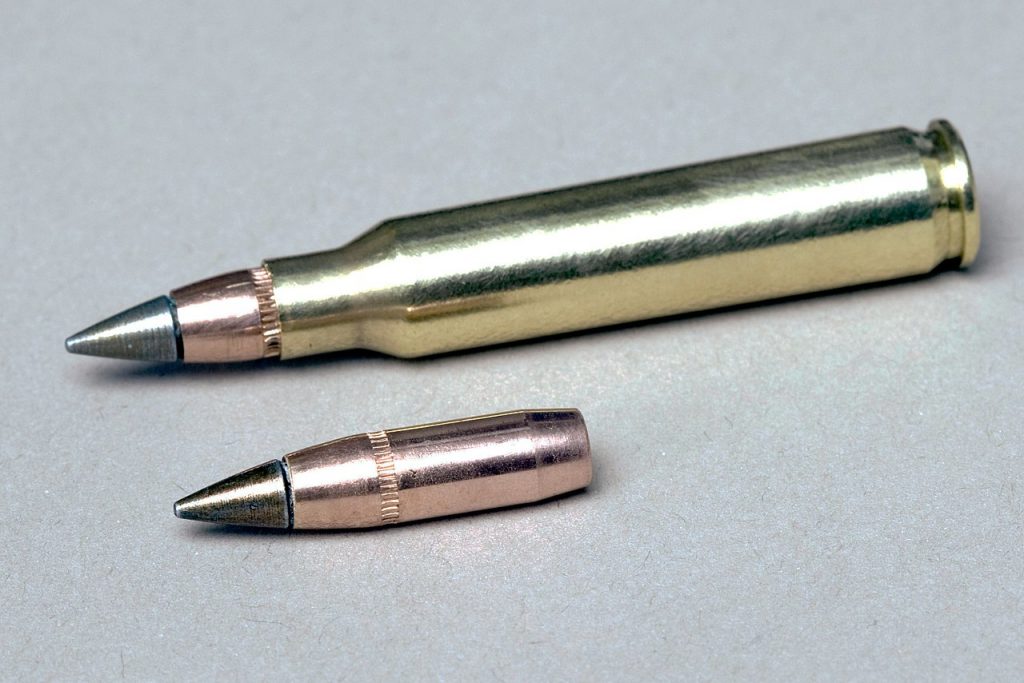 After WWII, studies conducted by the military had indicated that the average engagement distance for US troops was less than 200 yards.

The military set out to develop a cartridge for a new rifle that would feature a detachable magazine. Ultimately they settled on the 7.62×51 NATO and proceeded to force it upon NATO allies. Many of these allies, such as the British, had wanted to go with a smaller cartridge than that.

While the AR-10 had been late to the military trials for a new service rifle, it left an impression. A faction of the US military still wanted to explore the idea of a smaller caliber rifle than the M14. They would convince Eugene Stoner to scale down the AR-10 to a smaller, high velocity cartridge.

Initially, the .222 Remington cartridge was chosen, but it was determined that the cartridge was not hot enough. They decided to lengthen the case and create a brand new cartridge which would be known as .223 Remington on the commercial side. The 5.56x45mm NATO was born.

The USAF quickly adopted the M16 in this new cartridge. During this time the Vietnam war was ramping up and there were production issues with the M14. As a stop gap measure, military brass ordered more M16’s and the M16 and its 5.56x45mm cartridge took off.

.223 Wylde chambers are made to be able to shoot both as well.

As a general rule, a .223 Remington chamber should offer better accuracy. If pin point accuracy is not your top priority and you want to shoot a wider range of ammo, you should consider a 5.56 or .223 Wylde chamber.

Some manufacturers mark their barrels or firearms as being “.223” when they actually are chambered for 5.56. if you have any questions you should contact the manufacturer for clarification.

What types of 5.56 NATO are being used in the US military?

There are many different types of 5.56 in use with the US military. They include:

Many of these rounds are being issued on a limited basis.

The advantage of zeroing at this range is that you have a fairly similar point of impact at ranges under 200 yards. Even out to 400 yards, you might be able to make COM (center of mass) hits without much compensation for elevation.