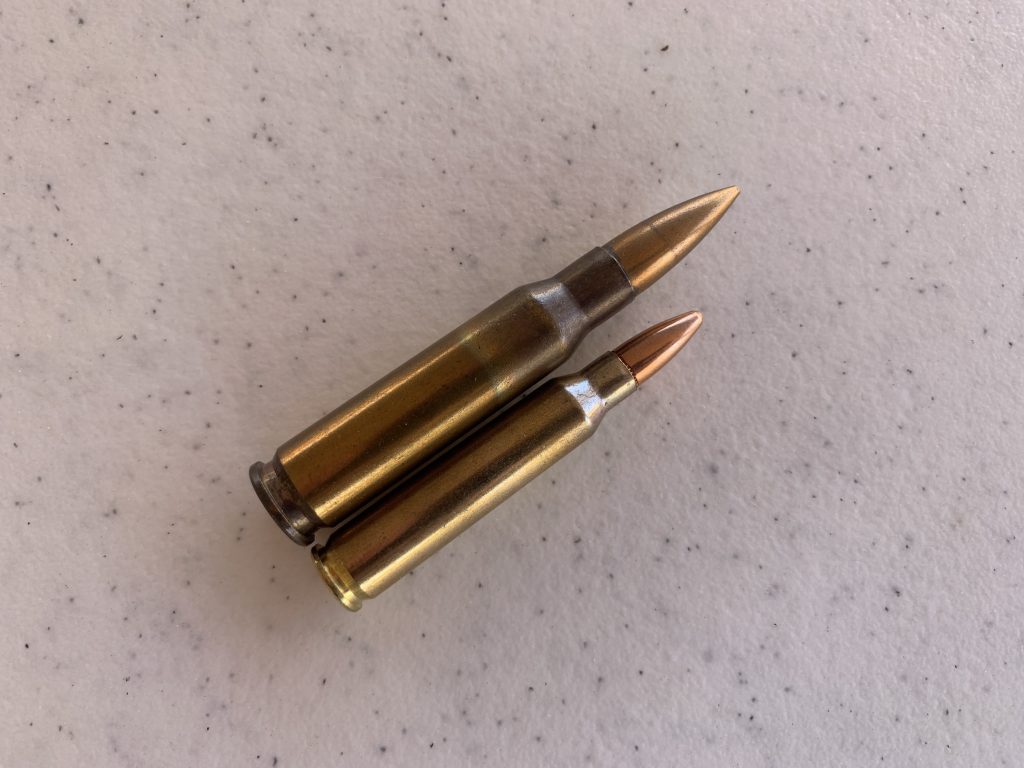 When it comes to the .308 vs 5.56 debate for SHTF, there are a lot of factors to consider. Both rounds are battle proven and have been in service for decades. They are both common rifle rounds that are manufactured in the United States, which is why they are the preferred choice of survivalists. So, which round is better for you? Let’s take a closer look at the pros and cons of each round to help you decide.

First, we must acknowledge that neither one is perfect. They both have pros and cons. So, you have to make the best decision for you, based on perceived threats and possible scenarios in your neck of the woods.

We all know that these rounds are not necessarily the exact same, but if you have a rifle chambered in 5.56, you can shoot .223 out of it (though not vice versa). The .223 Remington is a very popular choice for home defense and plinking, but it also has its fair share of drawbacks.

The .308 Winchester is a tried and true round that has been used by the military for decades. It is also a popular choice for hunting and target shooting. The .308 has more power than the 5.56, but it also comes with some drawbacks as well.

Narrowing down your choice

Now that we’ve looked at the pros and cons of each round, it’s time to make a decision. Both will defeat any soft body armor. They are both commonly available and easy to find.

Here’s the thing about guns – they are just tools. While one may do the job just right in a specific scenario, it may make your job harder in another. Your toolbox is filled with different types of tools for different types of jobs. A screwdriver makes a poor hammer.

Assuming you can only have one,  which do you pick? It’s a hard decision, but personally I prefer the 5.56. I’ve heard all of the arguments in favor of .308. Ideally, you would have each of them, but that’s not always possible. If you can only have one, the .223/5.56 is a great all-around choice. It’s inexpensive, light to carry, has low recoil, and is still effective at close range – and let’s face it, most firefights are gonna take place at closer ranges.

Lastly, SHTF means many different things. Few of us have an idea of what SHTF would look like. Even if you have lived through SHTF in Argentina or Katrina, these were two totally different scenarios. The next one that might present itself could look completely different than that. So, while .308 might make sense for one scenario, SHTF is unpredictable. Who knows what you’ll be up against?

What do you think? Let us know in the comments below – and don’t forget to stock up on ammo! You can never have too much.